Hostersi is a company that specializes in server management, cloud infrastructure design, and DevOps services.

How Hostersi increased sales by 85% thanks to Livespace CRM

Hostersi is a company that specializes in server management, cloud infrastructure design, and DevOps services. With the use of modern tools, Hostersi creates solutions that are quick, affordable and, above all, reliable. The company provides its services mainly for customers from the B2B sector, who operate on the Polish, Western European, and US markets. These include one-man businesses, startups, as well as large international brands such as Danone, Itaka, Lidl, Nutricia, and CCC.

The sales activities at Hostersi are the responsibility of the sales department composed of several people, who contact customers mainly by phone and email. In order to support the work of its salespeople, Hostersi wrote its own application that included some elements of a CRM system. Unfortunately, its possibilities proved to be insufficient. The company then decided to implement Zoho CRM, which, as it turned out, did not fully meet the needs of the organization either. The main disadvantage of the introduced CRM system was that entering and updating of data required manual handling of the tool. As a result, data were dispersed between two applications, and the salespeople wasted a lot of time searching for the necessary information and manually completing the data. This, in turn, translated into lower efficiency of the sales department and fewer new customers. The dispersion of data also prevented proper reporting and analysis of the sales team’s activities.

The company set itself the goal of finding an application with which the salespeople would be able to spend less time on manual data entering and thinking about what to do next, and which would orderly gather their contacts with customers in one place.

Choice of a solution

Choosing Livespace was like scoring a bullseye. Fast, intuitive, and convenient – this was the first impression at Hostersi after a few days of the trial period. The key factor in deciding to enter into cooperation was the fact that the application works in such a way that it does not need to be additionally fed with manually added data, it aggregates information about calls and emails, as well as allows to increase efficiency and shorten the sales process.

The biggest worry before the implementation was the data transfer operation itself – from the existing ERP and CRM tool, to Livespace. The company feared going back to square one, i.e., ending up with data dispersed among various tools. As it turned out, the import itself was easier than expected, and, while the data were being transferred to Livespace, the database was immediately sorted out thanks to contact tagging. The basic configuration was carried out by Hostersi employees themselves, based on materials from the knowledge base and the Livespace blog. Any ongoing support that they needed was provided via the chat tool.

At Hostersi, sales activities are the responsibility of the sales department composed of several people, who contact customers mainly by phone and email.

Apart from the sales team, another beneficiary of the implementation of Livespace has proved to be the marketing department, which is now able to easily select relevant groups of customers to whom specific communications are to be sent. Organization and writing down the sales process

Now everybody knows what the progress of work with a given customer is, and what the next steps to be taken are.

All email communication with customers is gathered in one place, which facilitates communication in the team and makes it easier to access information whenever salespeople are absent.

Now it is possible to record every call to a customer and to quickly add notes to the call.

To us, time is crucial. We don’t have time to waste, so we were looking for a solution that wouldn’t require us to manually update data, and that would help us organize our salespeople’ workdays. 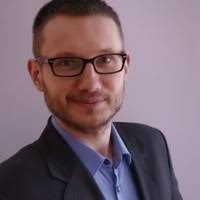 Head of Sales at Hostersi

Tasks organize the salespeople’ workdays. They tell each of them what they should do on a given day, and ensure that no important action is missed.

Use of the mobile application

Access to data also through the mobile application makes work easier whenever employees are away from their computers.

Thanks to the implementation of Livespace, all the necessary information is now in one place and there is no need to reach for other tools, which fact saves the sales team a lot of time.  The work of salespeople is more structured now due to designing a transparent sales process, in which the next actions to be performed are suggested.

From the standpoint of the head of a sales team, the ability to measure conversion at each stage of the sales process is crucial. Company management can now easily check the effectiveness of each salesperson and determine which of the customer acquisition channels are the most successful. What is more, thanks to the statistics and reports, it has access to information about which opportunities have been won, and what the effectiveness is. But even more important is the ability to analyze why some opportunities were lost, and at what stage that happened.

The implementation of Livespace took place in April 2016, and by the end of that same year Hostersi had already recorded the first positive results, i.e., a 25% increase in sales. In the following years, things got even better. In 2017, the increase was 58%, and in 2018 – a whopping 85%.

During the three years of working with Livespace, Hostersi recorded a 300% increase in the number of contracts compared to the previous 9 years. This means that the company achieved 3 times better results in 3 times less time.

Livespace is suitable for handling both small and large customers. I recommend it to all the companies that work with B2B customers if handling them requires more than one contact. The longer the sales process, the more you will appreciate the benefits of Livespace.

Head of Sales at Hostersi

Find out other success stories

How an insurance broker organized their sales process

How an IT company achieved a 85% growth in sales